Wales, a land of natural beauty, fierce some coastlines, rolling hills and lush green grass are unsurprisingly a golfers paradise. Combining the exhilaration of golfing with an epic mountainous backdrop or a dazzling coastal scene just ups the intensity. With well over 150 golf courses to choose form (and the number is still growing), there is no shortage of choice. Whether it be easy or hard, laidback or frenetic, Wales caters to all type and levels of golfing enthusiasts. There is something there for everyone. 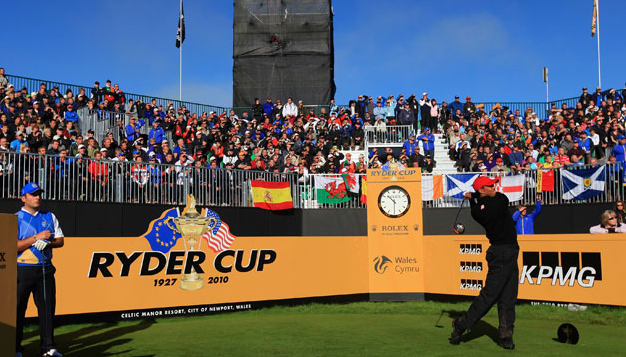 In 2010, Wales hosted its first ever Ryder Cup and made history by heavy rains cancelling play leading to a day extension for the cup, previously an unheard-of event. Played at Celtic Manor Resort Twenty Ten, Newport which was in part created for the contest, helped propel Wales on the international stage. And with the growing number of courses, many at world-class level, golfing in Wales has become a must for many a golfer.

With the increase in golfing interest, so the golf courses grew. Complexity combined with beauty increased their allure and none more so then the Royal Porthcawl, east of Swansea. This complex course set by the coast is known for its intimidating presence. Not for the faint hearted, even Tiger Woods was unable to beat this stunning course during the Walker Cup in 1995. Consistently Wales’ number one course, it still appears to be relatively unknown in the golfing world but make no mistake, this hidden gem truly delivers an exciting golfing experience.

Royal St David’s and Aberdovey, numbers two and three respectively, are set in the relatively untamed north. St David’s boasts the contradiction of friendliest club versus least friendly course in the UK. The flat ground combined with terrible weather only adds to its reputation as hardest par 69. And with Harlech Castle’s imposing viewpoint, this course can be somewhat intimidating. Aberdovey competes closely. Set in Snowdonia, it combines raw natural beauty with an almost perfect course. Beautifully maintained turf, and huge dunes makes it hard work to get around in one piece.

Combining wilderness with tamed nature, Wales creates an unforgettable atmosphere that is a must for the avid golfer. A relaxed and laidback atmosphere allows for time to be spent immersed in golf, and after a long day the golfer is comforted with rustic farm food by a warm fire ‒ pure Welsh hospitality. Competing with the elements only raises the stakes of this already challenging game. The phrase man against nature has never been truer then it is here.